The Gender Factor: An Interview with Writer Catherine Tinker 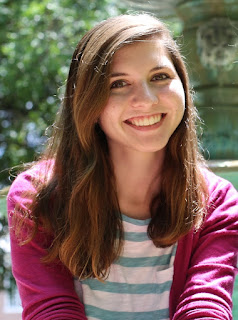 Catherine Tinker was thrilled to receive a contract to publish. As excited as she was, though, she was also under a considerable amount of pressure. There were deadlines for drafts, edits, revisions, and more, that she still had to meet. Simply finishing her book – while a great milestone – was not the end-all and be all.

One Sunday morning, Tinker decided to vent to a fellow churchgoer.

“I’ve just been very stressed,” she admitted, “about getting my edits in to my editor on time.”

“Did you say editor?” a voice interjected. Tinker turned to address a male church attendee who had nothing to do with the conversation.

Tinker attempted to respond politely. “Yes, I have a book deal milling and I’m just kind of stressed to get my revisions sent in on time.”

The man then proceeded to explain the writing process to Tinker, step by step, commenting on “how it’s so much effort” and “so much trial and error”. To top it all off, he spoke in a condescending tone.

As Tinker listened and felt talked down to, she thought to herself, “Did…did he not hear what I just said? About how they [gave me] a book deal?”

Merriam-Webster (n.d.) defines mansplaining, saying it’s “when a man talks condescendingly to someone (especially a woman) about something he has incomplete knowledge of, with the mistaken assumption that he knows more about it than the person he’s talking to does.”

Coming from a church that still doesn’t allow women to help pass the offering plates, Tinker’s experience shouldn’t come as a surprise. There’s clearly still a gender factor when it comes to women in the church.

According to Masci (2014), examples of denominations that still don’t ordain women include the Orthodox Church in America, the Roman Catholic Church, and the Southern Baptist Convention. A National Congregations Study (2015) found that in 2012, only 12% of all ordained pastors were women.

In addition, women still face sexual harassment in the church. Paasch (2017) even created a hashtag – #ChurchToo, which stems from Tarana Burke’s #MeToo movement – in an effort to raise awareness on sexual abuse against women in the church.

Granted, there are other religions who don’t ordain women as well, just like there are Christian denominations that do. There are also male victims of sexual misconduct in the church.

Still, these experiences for women are there.

There’s also a gender factor when it comes to women writers. According to Flood (2018), a study by Dana Beth Weinberg and Adam Kapelner found that in a sample size of 2 million books, books written by women were priced 45% lower than men’s. Even accounting for the fact that female authors are more prominent in genres like romance, which are usually priced lower (versus male authors who are more prominent in genres like science, which are priced higher), there’s still a 9% price difference between the genders (Flood, 2018).

Even female writers in other areas of the writing profession still face discrimination. According to Robb (2019), the WGA discovered that only 35% of TV writers were women, although that was a 5% increase from a decade ago. In a report done by the Organization of American States, Inter-American Commission on Human Rights (2018), found that female journalists still face discrimination and gender violence in the media and online as well.

So, for someone like Tinker, who is a Christian woman and a writer, there’s a double whammy to face – discrimination in her faith and in her profession.

It’s also important to note that persons of color face the added factor of race within these circles. For example, TV writers of color still only represent 27% of their field, although there has been an increase of 10% within the last decade (Robb, 2019). According to Williams (2018), there are also situations where black female pastors receive backlash for discussing issues women of color face in the church, such as was the case at Aretha Franklin’s funeral.

Tinker is aware that while she is a woman, she still comes from a place of privilege as a white woman. She explains the nuances between the two like this: “If I was calling out someone who wasn’t a white man, that would probably lead to a pile-on of the non-white male person…but if I were calling out a white man, then I would be less likely to be believed.”

Nevertheless, at least when it comes to female discrimination, Tinker finds hope in the Bible through examples of the women in scripture. These women include the more well-known ones, such as Esther, Ruth, and Mary Magdalene, but more importantly, it’s those who aren’t as well known, like Jael and Lydia, who truly speak to Tinker.

“I think we really miss out,” Tinker explains, “when we ignore the women in the Bible who were there.”

Tinker also believes that certain parts of the Bible are being misinterpreted today in an effort to quiet female leadership in the church. For example, though 1 Timothy 2:12 and 1 Corinthians 14:34 talk about women’s roles in an oppressive manner, Tinker doesn’t believe Paul was trying to create a rule to keep women from teaching men, or speaking in church, forever.

“People fail to recognize,” Tinker clarifies, “the context of that…[H]e was talking in a time period where women didn’t have the same access to education…So, they would be more likely to make misinformed statements…Whereas now, everything is out there.”

“And,” she adds incredulously, “there’s no passage in the Bible that says a woman can’t help pass a plate.”

As for being a woman who is a Christian and a writer, it seems Tinker doesn’t identify as a Christian writer as she finds Christian fiction “overly simplistic.”

“You don’t need to explain yourself or apologize,” Tinker states as advice to writers who are Christian, but don’t want to write Christian books.

I’d venture to say that Tinker’s advice can apply to all of the aforementioned issues of women who want to write, women who want to be church leaders, and women of color in either or both of these categories. There’s no need to be ashamed for being a woman in these spaces, especially one of color.

Instead, there is power to be found in these experiences, which can be channeled into something greater.

In her senior thesis, Tinker stated her theory that Jane Austen created a prototype for the Young Adult (YA) genre through Northanger Abbey. Austen’s recognition as a female writer was important as Tinker found herself annoyed with white male literary critics (whom she still believes aren’t well versed in YA) praising John Green as the Father of YA.

From her love for Austen, Tinker found herself inspired to write Reconnected, where she combined her affection for her internet friends, and crush on the entire 2016 male Olympic gymnastics team, with Austen’s Persuasion.

Throughout the writing and publishing process, Tinker has grown and learned much about bettering her craft, such as getting into her characters’ heads and raising the plot’s stakes for readers to become more engaged.

Most importantly, though, Tinker has found a part of herself she didn’t know she had.

“As cheesy as it sounds,” she admits, “one of the strengths I’ve gained is the confidence that I can do it.”

Indeed, as women, as Christians, as writers, and even those who are people of color, we truly can.

Catherine Tinker earned her degree in English from Florida Southern College and has been wading
further into adulthood ever since. Hobbies of hers that she doesn’t have a degree in include collecting set lists from concerts, staying up too late watching sitcoms, and being mostly ignored by her rescue cat. She wears cardigans just about any given day, despite living in Florida.

To find out more about her, you can visit her website here.