Do I Have to Go, Ma?: Musings on the Necessity of Church 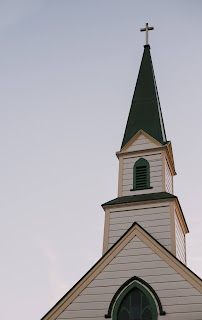 Photo by Dan Whitfield from Pexels

Church every Sunday is getting tedious. I don’t know if it’s because virtual church spoiled me or what. After all, there’s no commute. No pressure to get dolled up. Hardly any set-up/breakdown time.

But of course, I missed going to church in person, just like we’ve all missed living our daily lives with others in person. In fact, only yesterday one of my introvert friends, who might consider herself a homebody, told me she couldn’t wait for everyone else to get their vaccinations so she could leave the house more. Like she said, there’s a difference between choosing to stay home and being forced to stay home.

But if I’m being honest? There’s more to my exhaustion for church. It’s not getting in the car, driving, attending, and then going to the next activity. When we were solely online? I usually couldn’t wait to get church over with. Even if my schedule was clear after.

Sure, during quarantine, some days I looked forward to the conversational interactions, but usually it was draining. I didn’t want to pretend I was okay. Or that I wanted to be there. I wanted to be left alone.

Right now, I’m not drained. Being vaccinated, having a steady income, and having a social life again, I’m doing pretty well if I may say so myself. But like my friend said. There’s a difference between choosing church vs. being forced to go to church.

While there’s no mandate for church, there’s responsibility. For one, I’m the daughter of the pastor, so how can I not attend to support her? Second, I have a leadership position. I can’t have a say in the church, but not help run it.

Still, some combination of everything made church a burden. I don’t look forward to it, nor do I feel spiritually fulfilled. But it’s not anyone’s fault! Like a doctor being unable to operate on their child because of personal conflicts, it’s difficult for my mom (or my dad, who is also a pastor at his own church) to minister to me without getting invested themselves. It’d be unfair for me to expect them to do otherwise, nor do I want them to.

But if I’m being truthful, church is like volunteering for community service. While the work is good? My heart isn’t in it.

So, that’s why I’ve started wondering about the necessity of church. What is the point of going?

When I was a kid, it was about building a faith foundation. I’d go to Sunday School with my church friends to learn the basics, like the Ten Commandments–which I still have memorized, so I guess my Sunday School teacher did a good job. I don’t know how much I learned in Sunday School, but I remember getting to have leftover communion bread and grape juice, which I loved!

(On a side note, as a kid, I always did a mini communion when I ate bread and grape juice at my house. I held them up in front of the television and recited whatever words I remembered from actual church communion. I thought that was the only way!)

Once I was a teenager, going to church was about having fun as I found my Christian identity. I went to Youth Group, met cute boys, made friends, and enjoyed the hardly controversial debates we’d have over the silliest differences in opinion, like whether God the Father was male. I also remember how much I enjoyed reading my Teen Study Bible, which seemed to ask and answer most of the questions a Christian teenager would ask.

(No sex before marriage, drugs, or alcohol. Got it. Didn’t need the TSB for that. Oh, well.)

When I was in college, church was about solidifying my identity as a Christian by myself within the community. Usually, no one took me to church. On campus, I went to Bible Study, Youth Group, and chapel on my accord. I had a choice in my Christian friends and how to socialize in ways that were appropriate for a Christian college student. Instead of getting drunk at keg parties, I had dinner at a local couple’s home. Every Sunday night, they invited college students from the nearby colleges to have dinner, worship, have some not-so-deep theological conversations, and just hang out.

(Looking back, I see what conservative circles I was in, which I find amusing considering how progressive I’ve become, but I digress.)

Once I turned twenty-one, everything shifted. Church wasn’t about a foundation of faith, fun, or my identity. After going on two social justice-oriented missionary trips, church became a way of community action. Feeding animals on a farm and watering crops while I had deep theological conversations with my pastoral supervisor were my sermons. Going to a Black Lives Matter protest with my supervisor was a way of communing with my fellow children of God, regardless of their faith. Playing and singing songs with the missionary groups that weren’t usually sung at church, but were eye-opening and soul-touching, was how I worshipped.

If I’m being honest, it’s the most I’ve ever grown spiritually in my life.

When I came back from these trips, my entire perspective on Christianity changed. My faith was no longer about buying my way into heaven. It was about making life on earth as close to heaven as possible through love, advocacy, equity, and equality. As the Lord’s Prayer goes, it’s all about God’s will on earth, just as God’s will is in heaven.

In addition, for me, Jesus went from God’s sacrifice for humanity to save us from our sins to the most badass social justice advocate ever, with a relationship to the divine unlike any other as the Son of God. He was no longer a long blonde-haired, blue-eyed, and white angelic Christian in my mind. He was flesh and blood. A Palestinian Jew who likely had a darker complexion, brown eyes, and curly hair. An average man for that time. For that culture.

Following this Jesus was as easy as breathing. Yet, it was also difficult, heart-wrenching work.

But here’s the thing. I haven’t felt like I need church to follow this Jesus. I follow him and serve God in my career as a social worker, in my writing as a Progressive Christian writer, in my advocacy as a social justice advocate. I feel Jesus’ arms around me when I meditate in stillness in my room, processing my loneliness and emotional turmoil from the pandemic, and I feel God’s presence when I walk my dog on hiking trails or sit on the grass by a river.

God’s no longer far off in an unattainable heaven. God’s all around me, within everything that has life. From humans to animals to plants. God’s in the breeze and the stars. The universe is within God, and God is within the universe. God’s everywhere.

And yet, I don’t feel close to God as I read short scripture passages at the podium or sing songs and hymns that I don’t connect with. Occasionally there’s a song that gets to me, which is usually when I’ll do my liturgical dancing. Sometimes I’ll highlight a verse in my Bible to go back and study later. But that’s really about it.

As a result, my parents suggested I go back to school, study at a progressive Christian seminary to help me with my writing, and grow in my faith. At first, I was hesitant. I didn’t want to be around homophobia or whitewashing. And I remember crying, saying that while I believe in God, that Jesus is the Son of God, and that the Holy Spirit exists, I’m not completely sure of what else I believe.

(My theory on the measure of maturity? No more adolescent mindset of “I know everything”. Instead? There’s the adult understanding. “All I know for sure is I know nothing.” But that’s just me.)

Thankfully, I realized I was being just as judgmental and stereotypical as I complained other Christians were, especially in the news. And I really am going to do what my parents suggested since I fell in love with a specific progressive Christian seminary within my denomination. After all, I know I’ll never leave my denomination. As a whole, it’s so focused on social justice. There are so many cultural ministries I can’t even remember them all. That doesn’t even count the feminist ministry and the LGBTQ one either.

But outside of my studies, I still wonder about the actual necessity of going to church. I admit. I miss when it was easy to sing along to fun, upbeat contemporary Christian songs. Or when I felt like I had the true faith. These times were much less existentially stressful, but I know I wouldn’t change any of the experiences I’ve had or lessons I’ve learned. I’ve become a much more accepting, loving person, especially now that I believe the same life lessons and spiritual answers I’ve found in my faith are also in others.

(Have you ever seen this image? There’s a cylinder and a light shining on it from two different angles. One shadow is a circle. The other is a rectangle. And there’s an arrow pointing to the cylinder in the middle, labeling it the truth. That’s what I mean.)

So, that’s how I feel about faith now. We all have parts of the answers. No one will have all the answers until we die. For example, I no longer mentally condemn people to hell because they lied, got drunk, or had a baby outside of marriage. And don’t even get me started on purity culture.

Now I believe God’s mercy and understanding go beyond this world, and I think honestly to the afterlife. Whatever happens there, I don’t believe it’s eternal torture or eternal bliss either.

(Again, what do I know? I’ve had to become a lot more comfortable with ambiguity and gray instead of black and white solidity.)

So, why go to church then? Well, I think I have a tentative answer.

If I don’t go to church, there’s no one else in my congregation who thinks like me. Every time I get frustrated with the antiquated ways of the older church members, my mom reminds me I’m the one who challenges them, including her, by bringing a fresh mindset. Nothing will change if people like me aren’t fighting for that change.

That’s why I dress up to go to church every Sunday. I want to make a good impression. To role model this work. Because I worry. Where are ministers who think like me?. I wonder. What’s the church’s future if those like me give up?

I know this much. The church’s necessity lies in its ability to change. Because if it continues the way it’s been? If it continues to stay shallow, judgmental, stagnant, and hollow, it’ll be unnecessary because it’ll become obsolete.

What do you think? Share your thoughts in the comments below!