When Things are Black and White: 3 Ways to Make a Difference in a Diverse Society by Anthony Woodside, Guest Writer 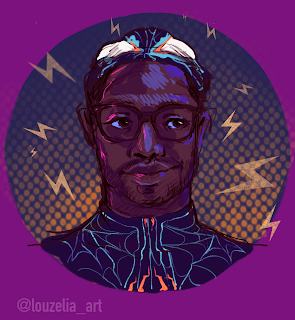 As a first-generation Black American, I’ve always had a strange relationship with this country. Neither one of my parents were born here - my mother was born and raised in Jamaica, and my father, the Bahamas - and yet they chose to come here, of all the places in the world. I would not exist if it was not for America, and I grew up hearing about how great this country was.

A wonderful melting pot for folks of all races, colors, and creeds.

My time in the Boy Scouts of America only increased my sense of patriotism. By the time I achieved the rank of Eagle Scout, I was fully Americanized, with no hint of an island accent and a great love for my home country.

As I studied history, my relationship with this country became complicated, and the more I learned about what had been omitted in my high school history lessons, the more I grew conflicted, disgusted, and appalled. Not only at America’s actions across the world as an imperial hegemonic power, but in particular, at the country’s treatment towards its black populace.

I grew to understand the truth of the James Baldwin quote:

To be a Negro in this country and to be relatively conscious is to be in a state of rage almost, almost all of the time... And part of the rage is this: It isn't only what is happening to you. But it's what's happening all around you and all of the time in the face of the most extraordinary and criminal indifference, indifference of most white people in this country, and their ignorance. (Baldwin, 1961)

Yet, in spite of all that I learned about this country, I found I didn’t hate it. My feelings were complex and contradictory. This place is my homeland; it’s where I was born and raised. There’s a reason my folks choose to come here, and seeing the opportunities that they have had here makes me all the happier that they chose to come to the United States.

But this country is far from perfect and there’s much that I’d like to see changed. And it is because I love this country - in spite of its many flaws - that I want to see it improved. To quote James Baldwin again, “I love America more than any other country in the world and, exactly for this reason, I insist on the right to criticize her perpetually” (Baldwin, 1955, p. 9).

There is plenty to criticize these days. Police brutality and the state of the so-called “criminal justice system”. Voting “rights”. Immigration policy. And many more. I could fill up a whole blog post just listing different things to criticize the U.S. for.

There’s so much going on that it’s easy to feel hopeless these days. But there are several steps you can take to affect change around you:

As it is often said, “Knowledge is Power!”

Be it your time or your money, giving your resources can help you bring about the change you want to see in the world.

You can go to a protest, donate time or money to an organization whose causes you care about, or spend time calling your elected officials about issues that matter to you. (That being said, when going to a protest during these times, it is important to remember to wear a mask and do all you can do reduce the spread of COVID.)

Helping support a movement with your resources is what allows it to stay sustained and for change to happen.

Voting in local, state, and federal elections can also have a large impact on your world. Local politics allows folks to really change what happens in their communities and even state-wide politics are decided in awfully close calls.

For example, in 2017, a state race in Virginia was decided by pulling a name from a bowl. Both the Republican and Democratic nominees had received an equal number of votes so the race was deemed a tie and settled in a tie-breaker. This tie-breaker allowed the Republicans to maintain a majority on the Virginia House of Delegates with 51 seats to the Democrats 49.

You never know how much your vote can end up mattering, and if you’re an American citizen, you should make your voice heard every chance you get.

Especially/even if it's to criticize her.

---
Anthony Woodside is a Birmingham based writer who enjoys writing about race, politics, and the intersection they have in his life. He also runs a Discord server for black nerds, as space for them to learn and play RPG games like Dungeons and Dragons. He thanks Selys for having him here on her blog too. You can find him on most platforms @Aintfunny18.