Jesus as a Psychiatrist: A Book Review of Dr. Ragy Girgis' "On Satan, Demons, and Psychiatry" 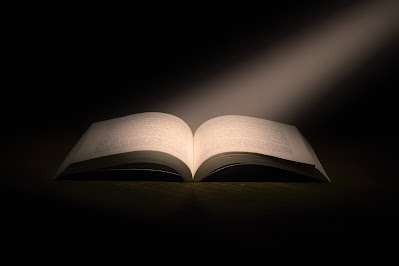 Photo by Nitin Arya from Pexels

My relationship with mental health has been severely affected by my spirituality in positive and negative ways.

Growing up as a child of divorced parents, therapy was introduced to me at a young age. Throughout elementary, middle, and high school, I saw therapists and guidance counselors. Each time, I grew a little more.

It wasn’t until college, though, when I began to see that my mental and spiritual health went hand in hand. During my first real depressive episode, I hated myself so much that I thought I had to punish myself physically for God to forgive me. At the same time, I feared discarding the gift of life God had given me. That kept me going.

Several years later, after graduating with my master’s, I had the most life-shattering nervous breakdown I’ve ever experienced. I felt like two people – the happy, beautiful, and bubbly me vs. the depressed, disgusting, and ugly me. I thought I had a monster inside, my own personal demon, and the only way to control her was to punish myself before God would. The shame was especially painful when I went to church every Sunday like a good pastor’s kid, my inner turmoil making me sick.

Well-meaning Christian loved ones tried to help, but they only made matters worse. “Christians don’t get mental health help. That means you’re weak.” “You’re just not praying enough.” “Don’t you think you need a Christian therapist?” “You’re giving in to the devil.” “You don’t have enough faith in God.” “Don’t you believe in God?”

Eventually, I found myself on the top floor of a 5-story garage building. My body was numb as I lay on the top of the waist-high brick wall that outlined the floor. I inched closer and closer to the edge, just waiting to feel something.

Suddenly, I heard a voice inside me. It was like I was talking to myself, except it wasn’t really me at all. It was godly, breathing life back into me as the thought emerged out of the depths of my soul. It was just one phrase – just one – that my heart blurted out in a frantic effort to snap my brain back to attention.

Clearly, spirituality and religion can be protective and risk factors for mental health, self-harm, and suicidality. With my personal history, my studies in social work, and my lifelong Christianity, there’s an overlap between mental and spiritual health that I find absolutely fascinating.

It’s no surprise, then, that I picked Dr. Girgis’ book to review. Satan? Demons? Psychiatry? Mental illness? The Bible? Sign. Me. UP!

If you care to learn what I thought, please read on.

On Satan, Demons, and Psychiatry: Exploring Mental Illness in the Bible by Dr. Ragy R. Girgis’ is a book about how analyzing passages in the Bible through a mental health lens can actually enrich one’s faith. As such, Girgis takes some of the most popular persons and passages from both the Old and New Testament to examine not as demonic, possessed, or devil induced, but as simply mental health concerns.

Girgis argues that the devil cannot do anything more than tempt humanity and that the people of the Biblical age simply used their limited understanding (in comparison to what we know now about the human brain) in order to explain inexplicable situations. Girgis also argues that while Jesus used similar language to the people of that time period, he only did so to help them understand his miracles. Jesus knew about mental health and – dare I say it? – knew just the right miracle to prescribe.

As a studied researcher, certified psychiatrist, and lifelong Christian, Girgis finds himself qualified to write about the very same topic aforementioned. It’s the overlap between spirituality and mental health, encouraging the reader to flip all understanding of what it means to be Christian and believe in the necessity of mental wellness.

Girgis tackles one of the least talked about subjects in Christianity’s history, at least in my opinion. I never used to hear the words “Christian” and “therapy” within the same sentence, let alone in a positive light. Girgis is well aware of that and brings up, more than likely, why: Christians believe mental illness comes from the devil.

That method of thinking correlates well with the experiences I had with other Christians during my own mental health struggles. As Girgis (2020) states in the introduction, “The lay, and sometimes professional (i.e., clergy), view of serious mental illness by Christian believers is frequently one of moral weakness, bad parenting, and volition.”

The thesis for Girgis’ book is clear and repeatedly referred to throughout the book. He wants to change that negative perception Christians have about mental health by examining possible untreated cases of mental illness in the Bible. It’s an admirable quest, one I never considered seriously. Of course, there are instances in the Bible where someone throws around the word “madman”. Yet, I never even took time to reread those passages in the way Girgis reveals a Biblical view of mental health conditions.

In fact, Girgis makes a good point in the book’s introduction of how many Christians are in the same boat. Girgis (2020) equates that to a “false understanding that serious mental illness is a recent (i.e., within the last half century) phenomenon and is not consistent with a Christian worldview”.

It’s no easy feat. The Bible has 66 books, which are made up of 1,189 chapters, which are made up of 31,102 verses. That’s a LOT of scripture to sift through. One of the helpful ways Girgis sets up his book is that each chapter focuses on a different key persona, like King Saul or David, as the author makes his way through a general overview of the Old Testament into the New. Then he ties each chapter back to his thesis, leaving the book well organized.

Nevertheless, perhaps the greatest downfall of that level of organization and analysis is that the book reads like an extremely long scholarly journal, which makes sense since Girgis is a scholar. He does also explain that he wants other professionals in either the mental wellness or clergy circles to have his book as a resource. Despite the academic structure and style of the book, though, Girgis also tries to make the book accessible to the common reader who may not have much psychiatric knowledge.

It’s quite a divide to try to straddle and, as noble an attempt as it is, unfortunately Girgis oversteps. The end result is a repetitive narrative that swaps between the scholarly journal I aforementioned and an essay homework assignment for school. One moment, Girgis uses technical language and the next he’s holding hands with and walking the reader step-by-step back through the last chapter…or even the whole book!

In one case, Girgis actually introduces a chapter in that same manner. For example, in chapter 8, Girgis strives to explain Jesus’ encounter with the Gadarene demoniac in Luke, Mark, and Matthew through the perspective of mental health. He introduces the chapter:

Maybe it’s just me, but I was annoyed when I read that paragraph. I felt like Girgis was treating me as a colleague in one moment and then knelt down next to me to make sure I understood what he was going to say next. Of course, I will admit that, as a social worker, I am familiar with most of the terms he brings up, like symptoms that accompany schizophrenia.

It seems to me, then, that what Girgis should’ve done was pick one audience or the other. Either he’s talking to colleagues to add to their already expanding knowledge in the field or he’s informing an otherwise inexperienced community interested to learn from scratch. His compromise falls short on both sides. Either colleagues, such as I, feel talked down to or readers new to the field might get lost, though the latter half might have more luck reading the book.

In my opinion, it would’ve been best to simply choose one audience and stick to it. As Ron Swanson says, “Never half ass two things. Whole ass one thing” (Swanson Quotes Staff, 2014).

(And yes. I just used Parks and Recreation for a reference. No shame. None at all.)

Nevertheless, Girgis knows his sh*t. He uses several case examples from clients to emphasize the points he makes with scripture (which is another way he’s targeting colleagues when a book for laypeople would probably be better off with a storytelling tone, but I digress). He clearly knows what he’s talking about, so he definitely is in the right space to write this kind of book.

Besides, I’d be lying if I said I didn’t learn anything from it. I will give him that.

If I had to choose who to recommend Girgis’ book to, I’d have to choose the layperson. As a colleague in the mental health field, I found myself repeatedly irritated by each aside, step-by-step walkthrough, and menial explanation that I’ve been deeply familiar with for years now. It made the book difficult to get through if I’m being honest.

Maybe if I had read Girgis’ book back when I first started getting into the field, maybe I would’ve felt a bit different, though Girgis still is pretty repetitive. So, if you’re in a similar headspace as me, I either would recommend you find another book or at least really understand what you’re getting into first.

Now, if I wasn’t in the field at all and was just a run of the mill Christian without much understanding about how mental health integrates with my faith, BOOM. Drop the mic right there! If you find yourself in this secondary category, then the book is definitely for you.

Disclosure of Material Connection: I received this book free from the author and/or publisher through the Speakeasy blogging book review network. I was not required to write a positive review. The opinions I have expressed are my own. I am disclosing this in accordance with the Federal Trade Commission’s 16 CFR, Part 255.