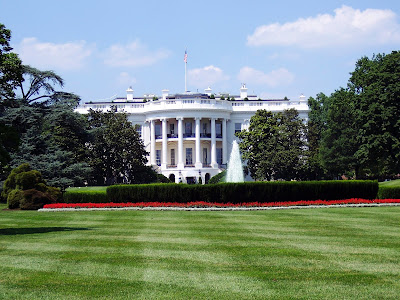 Photo by Aaron Kittredge from Pexels

Last month, I saw a tweet by Trump (2019), which said, “The Democrats do not want us to detain, or send back, criminal aliens! This is a brand new demand. Crazy!”

My face felt hot and the pit of my stomach clenched. Before I realized it, I typed a reply, trying my hardest to remain calm and comprehensible. I mustered up as much levelheadedness as I could and responded:

I’m going to say 1 thing. There’s a pastor in my denomination on a work visa, trying to support his daughter who has a disability, being deported. Not a dangerous criminal. Here legally. No warning. Just a letter giving him 30 days. Don’t say it’s criminals-It’s discrimination. (Rivera, 2019).

I followed up with another tweet once the story hit the media:

Please tell me again how @realDonaldTrump only wants to deport dangerous criminals. I know Pastor Mallqui personally. He’s more an asset to this country than many U.S. Citizens and government officials I know. And his health challenged daughter needs him! (Rivera, 2019).

After reading the story more closely, I realized I was incorrect about the work visa. According to Adams (2019), Pastor Helbert Mallqui was here on a visa for religious workers, which expired before Mallqui was able to “legalize his immigration status.” He applied for, and was granted, deferred action due to his daughter, Carmen, who has “Downs Syndrome and an enlarged heart (cardiomegaly)” (Adams, 2019).

Unfortunately, he had the misfortune of filing for an extension during the Trump administration's ‘zero-tolerance’ policy and was denied. (Adams, 2019).

Even though I stand corrected about the legality of Mallqui’s immigration status, the main point of my tweets still holds true: Trump isn’t only deporting criminal aliens.

According to Valverde (2019), “President Donald Trump’s administration has deported thousands of immigrants with criminal convictions, moving forward on what Trump said he would do if elected to the White House.”

However, examples like Mallqui’s show it’s not just immigrants who have criminal convictions. It’s any deportable, unauthorized immigrant that shows up on ICE’s radar, like Mallqui.

Mallqui is here from Peru and currently pastors the Iglesia Cristiana (Discípulos de Cristo) “Getsemaní” in Valdosta, GA. He’s active in the Southeast region of the Disciples of Christ (Christian Church). I remember running into him at several regional events. I enjoy his enthusiastic prayers, personally inspired songs, and pastoral messages, of which there are examples of on the church’s YouTube channel.

It’s always a pleasure to see his family. His wife often has a broad smile, happily supporting her husband’s ministry. His children are a hoot, which I noticed after being in charge of the kids during one of the regional assemblies. I spent most of my time with Mallqui’s eldest son and daughter, who were the best behaved of the group. Yet, their little sister stayed with her mother as she’s too young and has disabilities. Altogether, the family’s as wholesome as any other.

One can imagine my surprise when I heard Mallqui was being deported.

One moment I’m sitting in the church pews, hearing the prayer announcements, and the next I’m choking on my spit and coughing, my little cousin looking at me in concern.

Understandably, Mallqui’s family was shocked too. The letter gave a 30 days’ notice, although that was cut short as the letter didn’t arrive for about a week. In reality, Mallqui only had 20 or so days.

The real kicker for me was how his petition to stay didn’t focus on his work, even though that’s reason enough considering the positive impact he’s had in his community. As aforementioned, the main reason for his petition was Carmen.

This was still not enough.

Mallqui has been working with his immigration lawyer, Elizabeth Ricci, and he’s still petitioning. There’s only so much he can do, though. He’s fighting not just for his right to stay after all he’s given to the local Latinx and Christian community, but for his family. His wife would more than likely have to return with him, but their children are U.S. citizens. What’s the best choice for them considering this is their home?

As I listened to my mom share his story, my heart raced, and my foot shook. I shuffled through my mental filing cabinet for helpful ideas. Could we collect signatures for our own petition? Who do we send that to? Maybe write character witnesses letters for Ricci to use in Mallqui’s case?

All I knew was I had to do something. I raised my hand instinctively to ask what we could do. I realized I couldn’t simply pray. As Sanna (2019) reminds us, Pope Francis said, “You pray for the hungry. Then you feed them. This is how prayer works.” If we wanted God to help Mallqui, we needed to let God work through our actions.

My mom assured us that the local regional leaders were talking with Ricci to see how we could help. After all, we wanted to help, not worsen, Mallqui’s case. She promised to get back to us and I tried to find comfort in the plan.

As I sat back in my seat, trying to feel reassured while my mom began the congregational prayer, I looked around. My friend was clearly upset behind me - jaw set tight, hands wrung together, legs restless, eyes avoidant. The Director of Elders prayed in tongues, hand raised towards heaven. My stepdad, a naturalized U.S. citizen from El Salvador, shook his head. Clearly, I was not the only one shaken by this injustice.

Another day, we wrote a character witness letter and the congregation signed it. My mom sent it through overnight delivery to Ricci. I posted it on the church’s Facebook page, which led to shares and others writing letters too. We’re still waiting to see what comes of everyone’s efforts.

Mallqui isn’t the only religious leader to be targeted for deportation. A quick Google search brings up other cases, like Jorge Ramirez. According to Morrissey (2017), Apostolic Church Music Minister “Ramirez said he does not know why he is being targeted for removal from the U.S. The Trump administration has said that it is targeting criminals and those who have already been ordered deported. Ramirez said he falls into neither category.”

Irony: Ramirez is a Republican and Trump supporter (Morrissey, 2017).

It doesn’t stop there. A CBS Los Angeles article conveys the attempted deportation of the Evangelical Assemblies of God Pastor Noe Carias, who came here from Guatemala as an undocumented teenager over two decades ago, but is now married to a U.S. Citizen and has two American children (2017).

Gonzalez (2018) also reminds us of the failed deportation of Iglesia Internacional Cordero de Dios Pastor Antonio Velazquez, who is also president of the Maya Chapin nonprofit that focuses on helping Guatemalan immigrants. He was finally able to stay because “he feared he’d be killed if deported back to Guatemala, which he fled in 1990 to escape civil war” (Gonzalez, 2018).

These are not unique cases. As immigration attorney Alma Rosa Neito informs us, “there have been hundreds of deportations like this one – involving immigrants whose only crime is crossing the border illegally” (CBS Los Angeles, 2017).

The truth is no undocumented immigrant is safe, regardless of circumstances.

I find it difficult to understand how Christians can support these actions by the Trump administration. Based on my religious upbringing, what Trump has done is against the teachings of the Bible, which emphasizes welcoming the stranger, not fearing and expelling them.

I read articles like that of Fea (2018), which explains, “White evangelicals saw in Donald Trump a president who could help them in their fight against diversity, abortion and the shrinking role of religion.” I then stand flabbergasted that this xenophobia exists today.

It’s not only white evangelicals either. I remember conversations with my Puerto Rican grandparents, both of whom disliked Trump, but accepted him because of his supposed faith. They’re referring to times when Trump has specifically said he’s Christian, like Howe (2018) reminds us.

This completely confounds me as Trump’s immigration policies are harmful to the Latinx community, but then I have to remember not every Latinx group deals with immigration. According to Byler (2019), Trump’s supporters in the Latinx community have increased due to other issues, such as education, economy, and health. The Latinx community and their concerns are diverse (Byler, 2019). I can, begrudgingly, try to understand, even though immigration is important to me as a U.S. Citizen and Puerto Rican.

As a Christian and Latina, I stand firm against the Trump administration’s actions. I cannot overlook what he’s done to the immigrant community. My faith and ethnicity move me to advocate against his policies.

In the meantime, I keep my undocumented brothers, sisters, and non-binary siblings in mind through prayer, hoping the cumulative efforts of all the compassionate advocates in our society can finally bring God’s peace to this heartbroken population.

References
Adams, D. (2019). Peruvian pastor faces deportation, despite three U.S. born children, one with
serious medical needs. Univision News. Retrieved from https://www.univision.com/univision-news/immigration/peruvian-pastor-faces-deportation-despite-three-u-s-born-children-one-with-serious-medical-needs
Byler, D. (2019). Trump’s support among Hispanics and Latinos is real. Don’t assume it will fade. The Washington Post. Retrieved from https://www.washingtonpost.com/opinions/2019/03/05/trumps-support-among-hispanics-latinos-is-real-dont-assume-it-will-fade/?noredirect=on&utm_term=.604b2ae6c97d
CBS Los Angeles (2017). LA pastor detained, faces deportation for entering US illegally as teen. Retrieved from https://losangeles.cbslocal.com/2017/07/24/pastor-detained-deportation/
Fea (2018). White evangelicals fear the future and yearn for the past. Of course Trump is their hero. USA Today. Retrieved from https://www.usatoday.com/story/opinion/2018/07/08/evangelicals-support-donald-trump-out-fear-nostalgia-column/748967002/
Gonzalez, D. (2018). A year after ICE almost deported him, Guatemalan pastor and community leader back to work. AZCentral.com. Retrieved from https://www.azcentral.com/story/news/politics/immigration/2018/09/14/guatemalan-pastor-antonio-velasquez-back-work-year-after-ice-nearly-deported-trump-administration/1262198002/
Howe, B. (2018, March 13). The faith in Donald. J. Trump. [web log comment]. Retrieved from https://medium.com/s/story/the-faith-in-donald-j-trump-23878e5b8e66
Morrissey, K. (2017). The minister supported Trump. Now he’s facing deportation under this administration’s immigration crackdown. The Los Angeles Times. Retrieved from https://www.latimes.com/local/lanow/la-me-minister-trump-20180706-story.html
Rivera, S. [selysrivera]. (2019, February 11). I’m going to say 1 thing. There’s a pastor in my denomination on a work via, trying to support his daughter who has a disability, being deported. Not a dangerous criminal. Here legally. No warning. Just a letter giving him 30 days. Don’t say it’s criminals-It’s discrimination. [Tweet]. Retrieved from https://twitter.com/SelysRivera/status/1095057791264456704
Rivera, S. [selysrivera]. (2019, February 24). Please tell me again how @realDonaldTrump only wants to deport dangerous criminals. I know Pastor Mallqui personally. He’s more an asset to this country than many U.S. citizens and government officials I know. And his health challenged daughter needs him! [Tweet] Retrieved from https://twitter.com/SelysRivera/status/1099785640709898240
Sanna, E. (2019). Pope Francis says feed the hungry, or else. Pope Francis Facts. Retrieved from http://popefrancisfacts.org/you-pray-for-the-hungry-then-you-feed-them-thats-how-prayer-works-pope-francis/
Trump, D. [realDonaldTrump]. (2019, February 11). The democrats do not want us to detain, or send back, criminal aliens! This is a brand new demand. Crazy! [Tweet]. Retrieved from https://twitter.com/realDonaldTrump/status/1094948909657542656
Valverde, M. (2019). More criminals in the country illegally are deported. Politifacts. Retrieved from https://www.politifact.com/truth-o-meter/promises/trumpometer/promise/1398/remove-criminal-undocumented-immigrants/